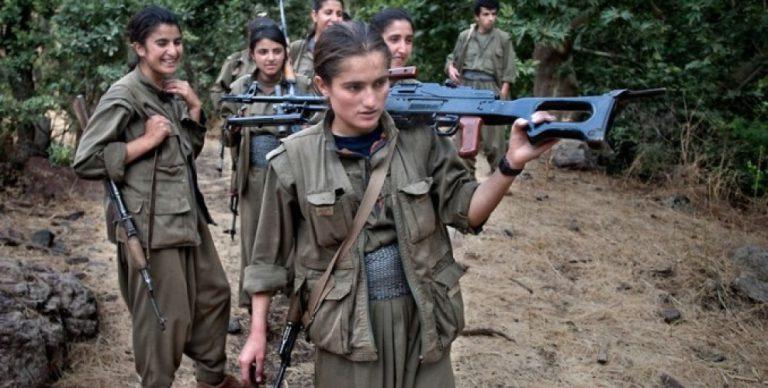 According to the People’s Defense Forces (HPG), five guerrillas have been martyred so far in the Turkish army’s occupation attacks in the Zap and Avaşîn regions of southern Kurdistan, which started on Sunday evening. Within 24 hours, 41 soldiers of the Turkish army were killed and five others wounded, it said. Two drones were shot down by the guerrillas.

“Our forces continue to carry out successful and effective actions against the occupation operation in the Zap. The occupiers did not expect such resistance from the guerrillas and are in a state of shock. They have suffered heavy casualties and the fighting continues. Likewise, the bombardments and the movements of fighter jets over our territories continue uninterruptedly. The Turkish state is trying to cover up its losses by spreading reports of killed guerrilla fighters in its special war media. These reports are completely bogus and do not correspond to reality,” HPG explained.

The HPG statement provided details of the following guerrilla actions in the Avaşîn and Zap regions:

At 9:40 a.m. on April 18, guerrillas advanced from close range with hand grenades and firearms against an advance by occupation forces toward Werxelê. Fierce fighting ensued, leaving twelve soldiers dead and two drones shot down. At the same time, a military unit was fired upon with heavy weapons, killing two soldiers. In the afternoon, another soldier was killed and two soldiers were injured. The intervention of the guerrillas forced the Turkish troops to retreat one stage.

At 3 a.m. on April 18, the occupation forces wanted to advance toward Girê Şehîd Ciwan. The guerrillas gained control of the unit and struck from close range using infiltration tactics, killing two soldiers.

On the morning of April 19, a soldier was shot dead by an HPG sniper at Girê Şehîd Ciwan. The Turkish army’s attempt to establish a position on the mountain peak was thus stopped.

At 2:40 p.m. on April 18, a Turkish Army airdropping operation on Girê Çiyayê Reş was attacked by guerrillas using sabotage tactics. Two soldiers were killed in the action. At 17:25, another sabotage action and strike with heavy weapons killed five soldiers and injured another.

On April 18, the occupation forces in the Kuro Jahro area were hit three times by guerrillas using sabotage tactics between 11 and 11:40 a.m., killing four soldiers.

At 2 p.m. on April 18, a sabotage action by guerrillas targeted a military unit that was advancing toward Girê Şehîd Harûn. One soldier was killed.

On April 18, between 8:30 a.m. and 9 a.m., the occupiers were hit four times by guerrillas using sabotage tactics as they advanced toward Girê Şehîd Şemdîn. Five soldiers were killed.

On April 18, between 12 p.m. and 1 p.m., at least four soldiers were shot at Girê Şehîd Ciwan. On the same day, a group of soldiers was struck on the road between Girê Xeregol and Girê Şehîd Delîl, killing two soldiers. The unit was then forced to withdraw.