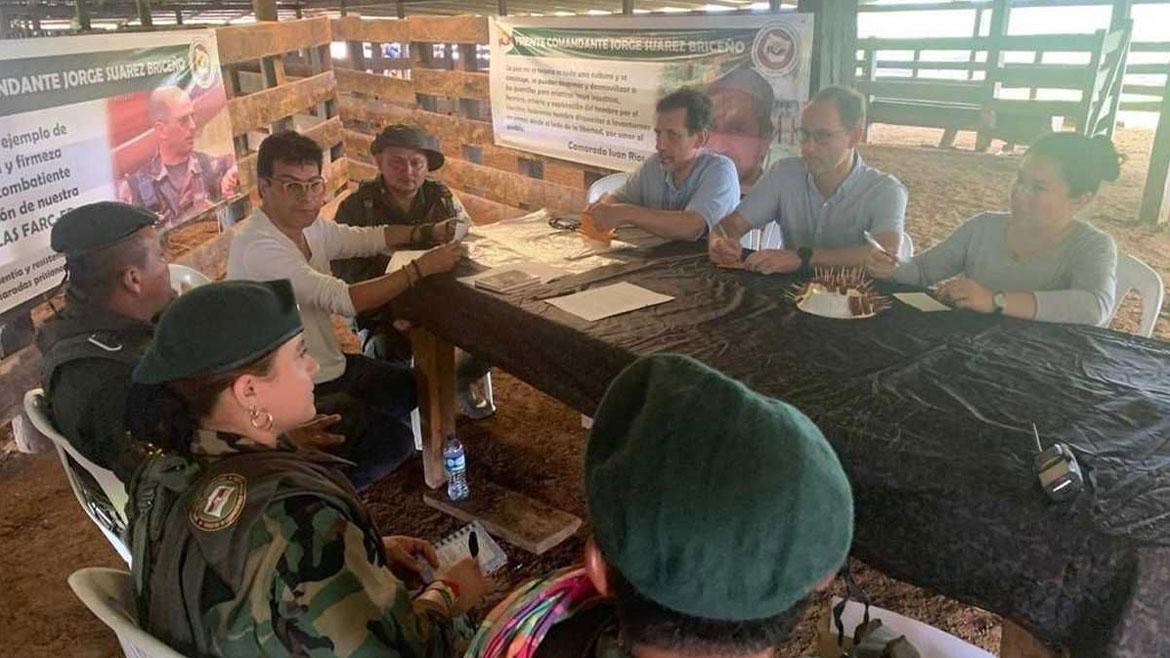 In a video published by guerrilla organization CCO, guerrilla commander “Ivan Mordisco” of the Southeastern Bloc announced on Friday that “all FARC guerrillas are ordered to avoid confrontations with the security forces as much as possible.”

Mordisco said the guerrillas would only use force to defend themselves against attacks, but said nothing about possible confrontations with other armed groups.

The commander of the guerrillas that have rejected an ongoing peace process with the FARC or have rearmed in recent years said that the unilateral ceasefire was meant to create the conditions for a bilateral ceasefire.

The FARC dissident leader’s order to cease fire comes a day after President Gustavo Petro announced that a multilateral ceasefire with multiple illegal armed groups would be possible “in a matter of days.”

The Southeastern Bloc commander said that he “hoped for reciprocity from the government and the security forces.”

The government’s top peace official, Danilo Rueda, and representatives of Mordisco’s guerrilla organizations have been negotiating Petro’s “Total Peace” plan under supervision of the United Nations and the government of Norway for weeks.

On top of resuming these negotiations, Petro has invited FARC dissidents and pther groups to negotiate their participation in his “Total Peace” plan.

Mordisco’s Southeastern Bloc and his allies of the CCO are in control of the majority of former FARC guerrillas who either rejected a 2016 peace deal with Santos or rearmed during the subsequent peace process.

In fact, more than 20 armed groups have said they would demobilize in return for promised judicial benefits.

The ceasefire of the Southeastern Bloc and their allies of the CCO would affect only southern Colombia where these group assumed control over many of the regions abandoned by the FARC.