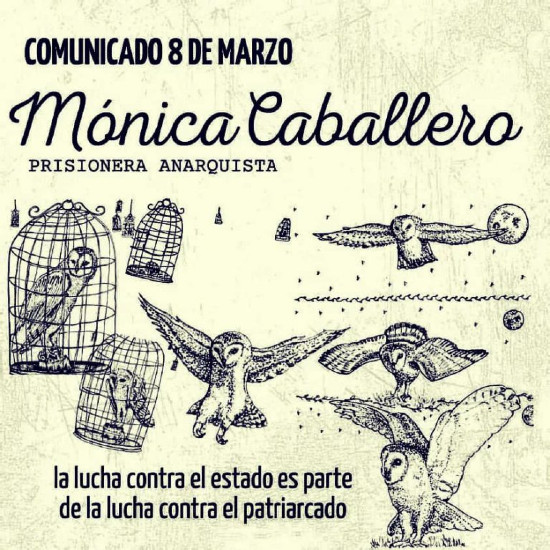 The streets of the main cities of the territory dominated by the Chilean state, on a day like today, March 8, two years ago were filled with thousands of people who with colours, shouts, slogans, fire and barricades made visible and/or attacked the macho scum. Today only a few bodies fill the streets. Many prefer to wait for the changes so promised by the new government, from the comfort of their homes, changes that promise to end hetero-patriarchal machismo among the inhabitants of this territory.

The expectation for the new public policies and the reforms regarding gender issues have raised a hope in a part of the feminist groups and individuals, sexual dissidents and in practically all sectors licking social democratic flags.

The hopes unfortunately remained only hopes, because the heteropatriarchy will not end with any legal reforms or social aid.

Regrettably, heteropatriarchy is part of the economic, social and cultural system that dominates us. It is everywhere! We find it in the way we see ourselves and others. In the way we relate to each other, in how we are subjected, etc. There is no being that is not affected by patriarchy, but without a doubt the macho attacks are not equal for men and for women or transgender, queers, gays, lesbians, without victimizing, the last 5 are the most affected.

Today, power dresses fashionably, it takes on feminist outfits and those of sexual dissent, and why wouldn’t it? If everyone has a place in the democratic party, everyone can be represented in the institutions, we can all have the same constitutional rights.

The powerful can take these or other garments to perpetuate themselves in power, as in the same way they can raise various initiatives to improve the living conditions of women and sexual dissidents, but the exercise of power, therefore state domination will not end.

Changes in the way the powerful “humanise” submission or create a more lenient repressive apparatus or proclaim more inclusive laws for diverse collectives, should not be part of the struggles of those who really want radical destruction of all forms of oppression. For something to change radically we all have to act without delegations, without intermediaries, without waiting.

Today, those who do not wait for others to break their chains take to the streets, those who here and now want to destroy patriarchy.

Direct action against machismo!
Let all institutions burn to their foundations!