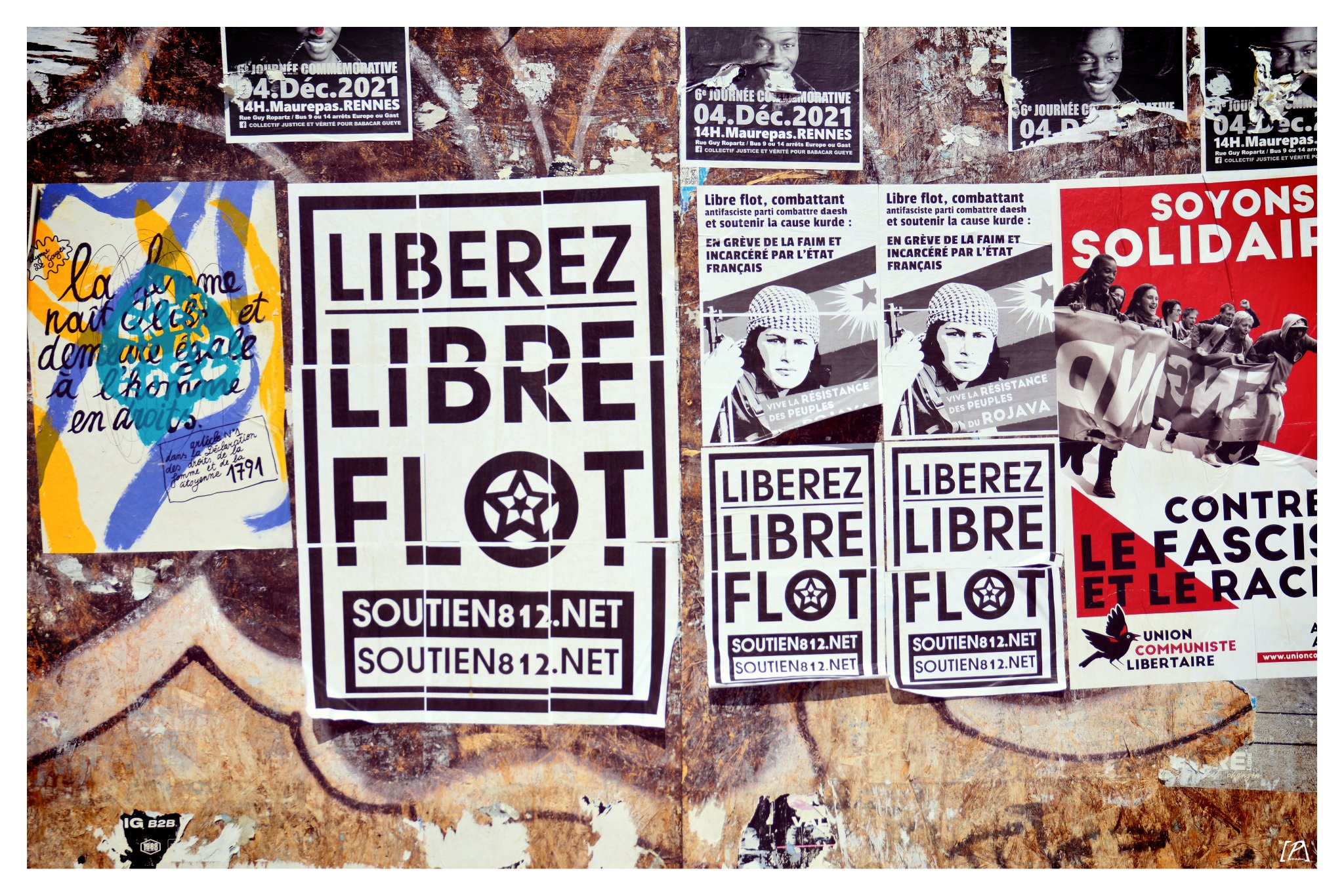 Anarchist prisoner Libre Flot was freed for medical reasons after 37 days of hunger strike. Libre Flot was indicted for being part of a “criminal association planning a terrorist attack”, and incarcerated in preventive isolation since December 2020.

Since February 27, Libre Flot was on hunger strike to protest against his detention regime at the Bois-d’Arcy prison in the Yvelines. On March 24, in the face of the degradation of his state of health, his isolation was lifted and he was transferred from the prison to the Fresnes Penitentiary Hospital (Val-de-Marne) to be supported medically. Despite this relaxation of his detention regime, he did not stop his hunger strike. In a letter entitled “Why I’m doing the hunger strike,” Libre Flot demanded his “release while waiting to demonstrate the slanderous side of this shameful accusation”. On February 27, he weighed 63 kilos. At the beginning of the week, it was hardly more than 45.

This Monday, April 4, the date of his birthday, comrades gathered in several French cities to support him at a distance in this struggle.

Faced with his state of health that is deteriorating day by day, the investigating judge finally accepted his request for release for medical reasons. On Tuesday night, as a result of this news, Libre Flot put an end to his hunger strike. Libre Flot was transferred, this Thursday early afternoon, at the Villejuif Hospital (Val-de-Marne). He was welcomed in a specialized renutrition service. At the end of his hospitalization, Libre Flot should remain at liberty under electronic bracelet accompanied by strict judicial control, pending his trial.

On December 8, 2020, the DGSI (Directorate for Internal Security) proceeded with the arrest of nine militants (labeled as “ultraleft”). Two are released, without charge, at the end of their custody. The other seven are indicted for criminal association with a view to committing terrorist acts. This is the first time since the fiasco of the Tarnac case that the anti-terrorism justice looks at what it calls “the ultraleft”.

Among the accused, Libre Flot, an anarchist who fought Daesh in Syria alongside YPG Kurdish forces. As such, he participated in the liberation of Raqqa, which at that time was the “capital” of the Islamic state.

In written letters from his cell, Libre Flot refutes “this infamous and defamatory accusation of association of terrorist criminal” and judges that it is his “political opinions” and his “participation with the Kurdish forces of the YPG in the fight against Daesh that they are trying to criminalize”.

In a long letter published by his support committee, Libre Flot described his conditions of detention and, for several months, the degradation of his physical and psychic health. “The brain begins to derail. The problems of concentration, the difficulties in building  thought, the loss of temporal landmarks, the headaches, the vertigo, all these symptoms have been amplified and generalized,” he writes, for example, during the summer 2021 , also describing “visual disorders, loss of memory and acute heart pain”.