Browse: Home / 2022 / May / 12 / Action by YPS Retaliation Unit Şehid Brusk and Call for Youth to Become Guerrillas in Cities 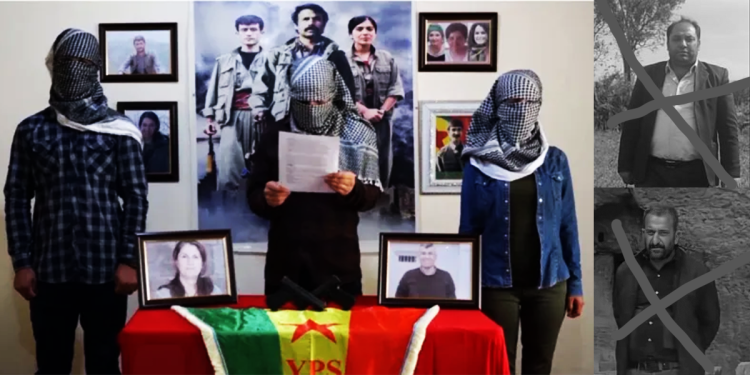 YPS retaliation team Şehid Brusk announced that on May 03, two agents were punished on the road to Hezex village in Karalar.

The YPS retaliation team stated that these two agents were responsible for the killing of guerrilla commanders Hewreman Avyer (Hasan Mahmudi) and Hira (Deniz Sickle) and were held accountable accordingly.

“On May 3 at around 9 p.m., the agents named Hüseyin Öner and Ömer Kaya were punished on the road to Karalar village in Hezex as a result of the action professionally carried out by our Şehid -Brusk Retaliation Team members.

“In this process, the responsibility of all our people is to act within the framework of the People’s Revolutionary War strategy. All our people, especially the youth and women, should be able to protect the guerrillas by organizing themselves on the basis of the fighters of truth.”