Browse: Home / 2022 / May / 12 / Zapatistas Defend Their Territory Against Latest Attacks by Mexican State and Paramilitaries 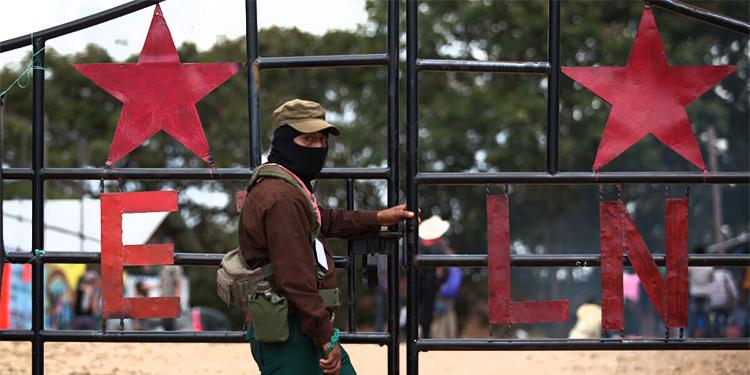 On the morning of May 6 at approximately 9:00 a.m., two of our brothers, from the communities that integrate the collective of the CIPOG-EZ, were disappeared. Marcos Campos Ahuejote, from the community of Xicotlán, and Lorenza Chantzin Paxacuasingo from Acahuehuetlán were detained and disappeared.

They want us to believe “that their truck went off the road and they died in a car accident,” the government concluded.

They were found dead with signs of torture, the morning of May 7 in a place where the relatives and members of the organization had already searched, on the highway in a stretch with speed bumps, in the morning and without anyone noticing it. Such is the absurd manner in which the Mexican State keeps quiet about the truth and protects those who have persecuted us for years, murdering, kidnapping and torturing those of us who belong to the 26 communities of the Montaña Baja of Guerrero.

This systematic violence, this war of extermination, has been reduced by the bad government to a mere car accident.

As an everyday scene, today we received the bodies of our comrades Marcos and Lorenza. Today, the families and our communities mourn and honor their dead.

Today, the bad governments pretend that nothing is happening. For them, we represent nothing, only that the numbers in the domestic death toll are increasing, but as long as they do not exceed the death toll of the last administration, everything is fine, they can boast that in this administration there were fewer deaths than in the last one. The number of potential voters remains.

Today we say to the bad governments that we know that they are the perpetrators, by act or omission. They know that those who kill us, “Los Ardillos”, are part of their own institutions, they are inside the prosecutor’s office, the municipal police and the government of Guerrero. This narco-paramilitary group operates with total impunity, setting up checkpoints and murdering our brothers and sisters.

We also call on the solidarity organizations, our brothers and sisters of the Sexta, to continue to be attentive to our situation, as they have been doing.

We will never accept that torture, disappearances and assassinations are our only fate, no matter how much the bad governments normalize and hide these crimes.

We will continue in struggle for the life of our communities.

THE INDIGENOUS AND POPULAR COUNCIL OF GUERRERO-EMILIANO ZAPATA Compañeros and compañeras, the bad government of Mexico persists in fomenting war/counterinsurgency in the territories of the EZLN.

The paramilitary group ORCAO (Regional Organization of Coffee Growers of Ocosingo) this time has forcibly displaced 83 BAEZLN (EZLN Bases of Support from the townships of Emiliano Zapata and La Resistencia, which belong to the Good Government Council of the Patria Nueva region.

The Ajmaq Resistance and Rebellion Network has been documenting and denouncing the attacks against, as well as accompanying the Support Base  communities of the Zapatista Army of National Liberation (BAEZLN) in the territory, in which caravans of observation and documentation have denounced the situations of Moises y Gandhi and Nuevo San Gregorio.

Yesterday, May 4 and today May 5, we received information from the Good Government Council “Nuevo Amanecer en Resistencia por la Vida y la Humanidad” (New Dawn in Resistance for Life and Humanity) Caracol 10 “Floreciendo la Semilla Rebelde” (Flowering the Rebel Seed) regarding another escalation of violence by ORCAO who has perpetrated armed attacks against our BAEZLN compañeros and compañeras, which consisted of a series of armed attacks by this paramilitary group. The armed aggressions began on May 2, 2022, around 20:00 hrs. towards the town of Emiliano Zapata. The BAEZLN retreated towards the autonomous school in order to protect themselves from the gunfire —first from approximately 300 meters away, then from 50 meters away, and then from 30 meters away, as the paramilitary group was getting closer and closer. Given the life-threatening circumstances, the BAEZLN chose to move 11 families from their homes, 54 people (women, men, young men and women, girls, boys, old men and women) because of this violence that has persisted for three years, and which has increased in recent months.

The violence continues. We have testimonies that armed actions of the ORCAO paramilitary group continue, as today May 5 at 12:59 am the ORCAO of San Felipe fired about 32 shots of 22 caliber towards the Zapatista community of La Resistencia; at 1:30 am the aggressions by the ORCAO of San Felipe continued when a group of them came to burn the Zapatista autonomous school and the garage of one BAEZLN member of La Resistencia. The houses of the BAEZLN are located 10 meters from where they burned the autonomous school building — in the moments of the burning of the school, they continued to hear gunshots. Because of this, 29 people (including women, men, youths and young people)  are currently displaced from the community of La Resistencia. From the latest reports, the houses of the BAEZLN are open, but it is not known exactly how much damage was done by the ORCAO paramilitaries.

Regarding the events of May 2, testimonies report the following:

According to the information received, ORCAO has carried out three years of continuous aggressions against Zapatista communities that have resisted, and will continue to resist, despite the aggressions that range from armed attacks, theft of crops, and destruction of the goods of the BAEZLN, the fruits of their labors.

Other testimonies report that: