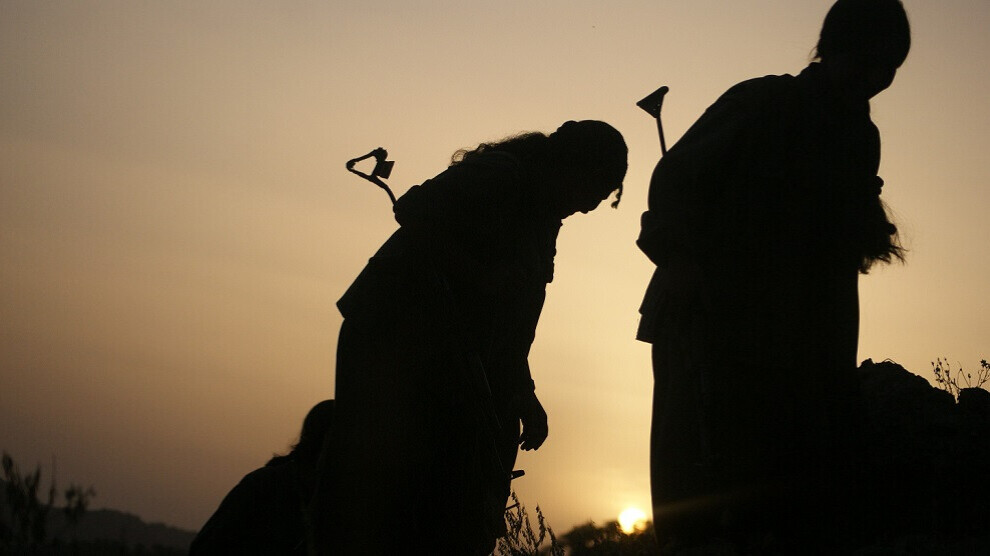 HPG stated the guerrillas carried out several successful actions against the Turkish forces in southern Kurdistan, killing 23 soldiers and injuring ten others. In addition, the guerrillas were able to secure twenty kilograms of explosives.

According to the daily statement released by the Press Center of People’s Defense Forces (HPG) on Sunday, the guerrillas carried out several successful actions against the Turkish invading forces in southern Kurdistan (northern Iraq) on Saturday, killing 23 soldiers and injuring ten others. In addition, the guerrillas were able to secure twenty kilograms of explosives left behind by Turkish soldiers fleeing the area, while lamps and an army head-mounted camera were seized. According to the HPG press center, the Turkish army attacked the guerrilla positions in the Medya Defense Zones 13 times with chemical weapons on May 14, in parallel with massive attacks by fighter jets, helicopters and howitzers.

Regarding the details of the guerrilla actions in the Avaşîn and Zap regions on May 14, HPG provided the following information:

The Werxelê resistance area was attacked 13 times by the Turkish army between 12 and 6:30 p.m. with a combination of chemical weapons and explosives. Turkish troops then attempted an advance that was repelled by the guerrillas. The guerrillas struck the invading forces four times with precision and heavy weapons.

A Turkish unit tried to advance towards the guerrilla positions at Girê Şehîd Hewrê in the Şehîd Şahîn resistance area at 4:30 pm. At the same time, a dog with a head-mounted camera was sent into the guerrillas’ tunnel. The HPG responded with a sabotage action that killed three soldiers. The rest of the unit fled, leaving behind twenty kilograms of explosives, two lamps and a head-mounted camera, which were confiscated by the guerrillas.

The guerrilla positions at Girê Cehennem in the Çiyareş resistance area were bombed ten times by fighter jets. Subsequently, Turkish troops wanted to advance from two flanks and use chemical warfare agents. The guerrillas gained control of the Turkish units and went into action with firearms and hand grenades at 10 am. At the same time, a sabotage action was carried out by guerrillas. Five soldiers were killed in the actions. After this strike, the occupiers tried to retreat and were again hit by the guerrillas in the evening at close range with firearms and hand grenades. A prolonged battle ensued, in which 13 soldiers were killed and ten others were seriously wounded. According to HPG, the Turkish army was unable to retrieve the bodies. Guerrilla fighters observed that soldiers put body parts into black plastic bags and threw them into an abyss.

Two soldiers were killed in a guerrilla sabotage action near the Kale position in the Çiyareş resistance area. In the resistance area of Şikefta Birindara, a guerrilla action with heavy weapons was carried out against Turkish troops, and the targeted objectives were hit with pinpoint accuracy, according to the HPG statement. At 11:15 p.m. and 1:30 p.m., the guerrillas intervened against helicopters on an attack flight on Kuro Jahro and Girê Rûbar. The helicopters came from KDP territory and were forced to retreat.

Air and ground attacks by the Turkish army