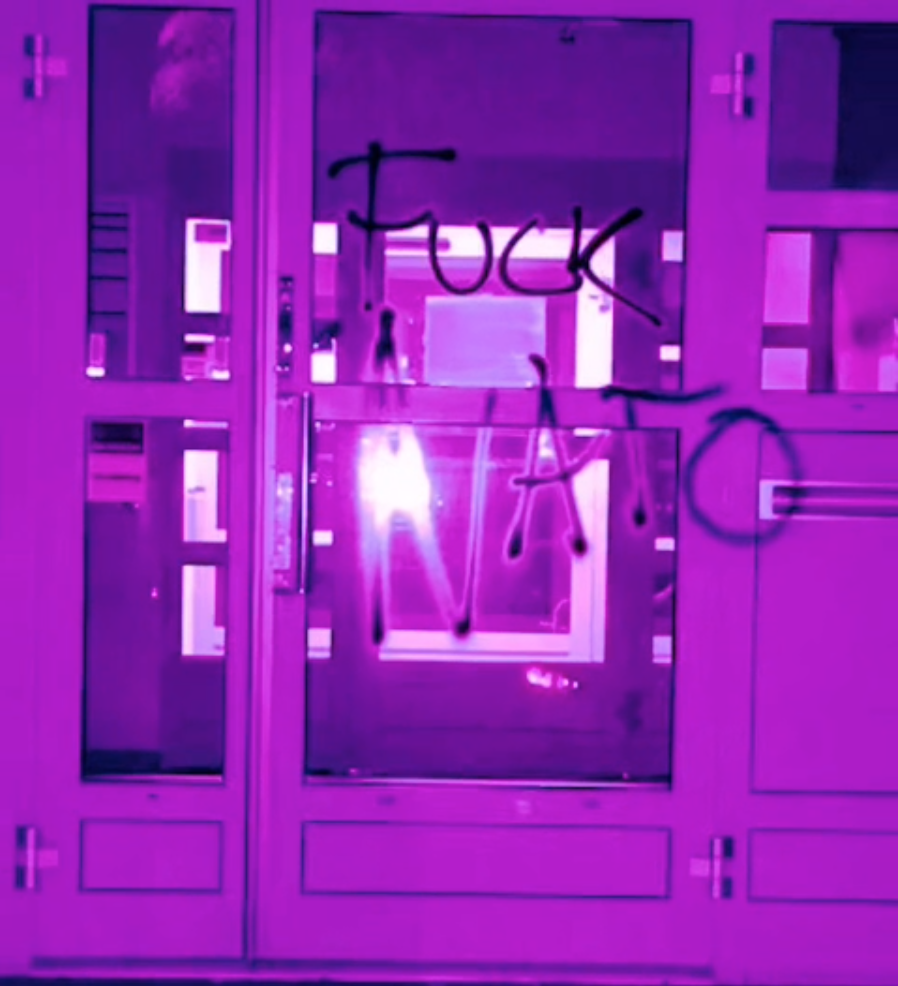 Some anarchists in so called Sweden invaded the hometown of the Swedish Minister of Defence, the Social Democrat Peter Hultqvist. We vandalized several of the Social Democrats’ premises. Locks were glued and messages were painted: FUCK NATO! Neither the U.S. club for imperialism, nor the petty politicians, own us. You are trying to force decisions on us.

Instead, we force ourselves on you. No defense alliance can protect you.

A new time prevails. Against your wars, your nationalism.