Molotov Attack by Anarchists on Riot Cops in Athens, Greece 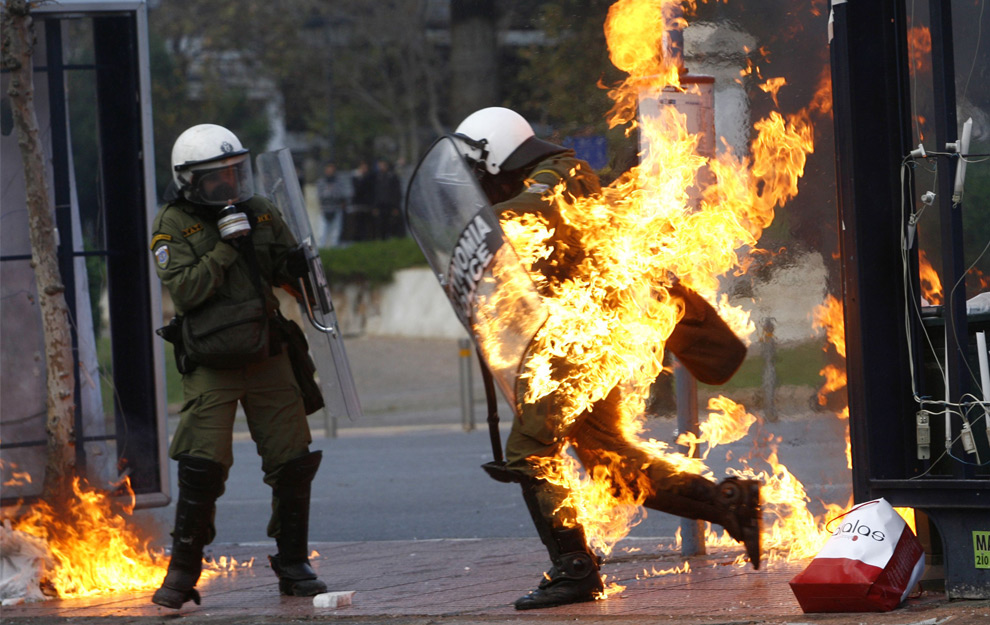 In view of the court of appeal of D. Chatzivasiliadis and V. Stathopoulos, on 14 May, a march in solidarity with our anarchist comrades was planned, starting from Monastiraki Area . During the march, on Stadiou street at the height of Benaki street, riot police attacked it and managed to break it by throwing chemicals. The riot squads that immediately took over immediately made 14 detentions, of which 5 were arrested with 4 of them being misdemeanor arrests and one felony. The felony charge was the possession/use of a molotov, which only resulted from the testimony of a cop without any evidence. This move is their only way to cover up the unabated use of force during the march.

Thus, on Sunday 21/05 a group of people chose to attack the riot police parked in front of the PASOK offices (political party) in Ch. Trikoupis street with the use of Molotov cocktails in response to the repressive forces.

SOLIDARITY TO THOSE DETAINED IN THE 14 MAY SOLIDARITY MARCH

FREEDOM TO THE ANARCHISTS DIMITRIS  CHATZIVASILIADIS AND VAGGELIS STATHOPOULOS

NO ONE ALONE IN THE HANDS OF THE STATE

Translated by Act for freedom now!

Note: Photo is not associated with action.