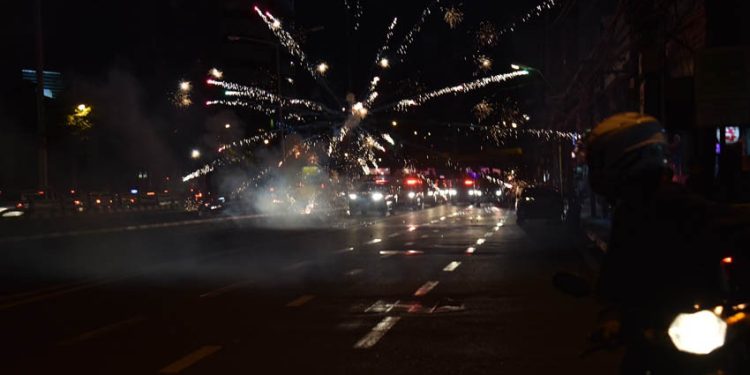 Clashes broke out in Bangkok this week between police and anarchist youth protesting against PM Prayut Chan-o-cha’s authoritarian regime. This image come from Bangkok’s Din Daeng area, where anarchist youth responded to police with fireworks and firecrackers. In 2020, Thai youth sparked the largest wave of anti-government protests since the 2014 military coup.

The protests were reportedly led by the anarchist group “Thalugas” (which roughly translates to “breaking through tear gas”), who have taken a very active role in past anti-government protests. A multitude of similar protests in Bangkok have occurred in the past, with frustrations with the Thai state running high amongst Thailand’s youth.

Thalugas protesters are primarily youths of working-class and poor backgrounds. They have taken militant action against the injustice of the Thai military dictatorship and monarchy since 2021.

At their core, the protests are directed against an economic and political system that has been established for decades and has three privileged groups of participants. The first is a razor-thin layer of 1% of the population, which owns two-thirds of all Thai assets, according to the Germany-based Heinrich Böll Foundation. Second is the military, which is also endowed with many financial privileges and is intertwined with state enterprises. And third is the world’s richest monarchy, which continues to exert strong political influence.

The military coup in 2014 further solidified this system. The military sees itself as the guardian of the monarchy, and is not subject to civilian control.

Thailand’s right-wing military dictatorship also has maintained a close relationship with the US, taking part in an annual military exercise called Cobra Gold with over 10,000 US troops in February and March of 2022. These military exercises are significant for America’s imperialist ambitions in Asia, attempting to counter the rapid decline of America’s hegemony and the rise of China as a global economic superpower.