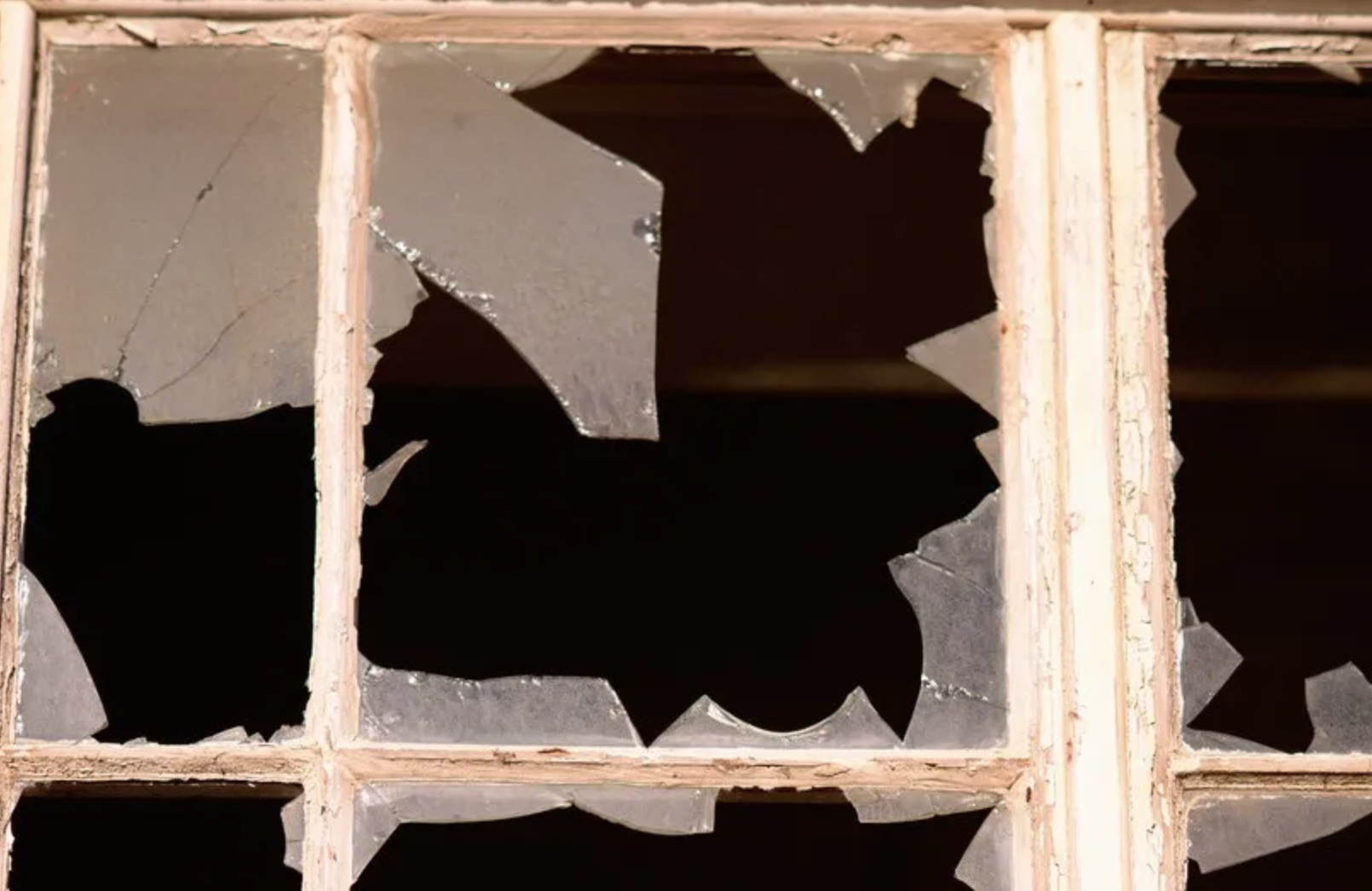 Following the Supremacist Court’s laughable attempt at control over millions of bodies with the arbitrary and retroactive overturning of its own decision on Roe v. Wade, in addition to further threats against the queer community made by a certain Supreme Pig, a few of us up here in so-called “Burlington, Vermont”(colonized Abenaki land) decided it was a good time to remind the tyrants that we are everywhere and that we will not be fucked with.

It came to our attention months ago that there’s an anti-abortion clinic here in town masquerading as a safe place for pregnant folks to receive care and resources. Their tactic is to lure in vulnerable people with emotionally manipulative messaging about “non-judgmental support” before pulling the ol’ bait and switch and doing everything they can to guilt people into carrying their unplanned pregnancies to term. The impact of concrete chunks on those old colonial window frames was absolutely titillating… We struck once, disappearing into the dark before re-emerging from another direction and striking again. A veritable volley of crashing and shattering sounds filled the neighborhood and our gay hearts to their brims.

The tired, self-congratulatory, hippie liberalism  in this city is a large part of what allows organizations like this to remain in our community and to do harm to vulnerable people.

We say: fuck that. No more.

A couple of months back, our sister Fern was stabbed to death by some transphobic asshat. Then, just weeks later, they tried to intimidate us further by smashing up our Pride Center.  Still, the burnout Phish Heads did nothing. Circle jerk vigils where cis-het white hippies sound-off on their megaphones in the park like it’s 1969 are obviously doing nothing with actual consequence. Spare us the performance. It’s time to put up a real fight. Gather your friends and collect heavy rocks. Learn the skill of accelerant bartending. Decentralize your actions– go into the night and be feral with joy! This is the fight of our lives and it’s just getting started. This time it was concrete slabs. Next time we’ll bring it Wisconsin-style.

Peaceful protest is dead and so is Jerry Garcia!