Forced Displacement, Burning of House and Belongings of 6 Zapatista Families in Chilón, Chiapas 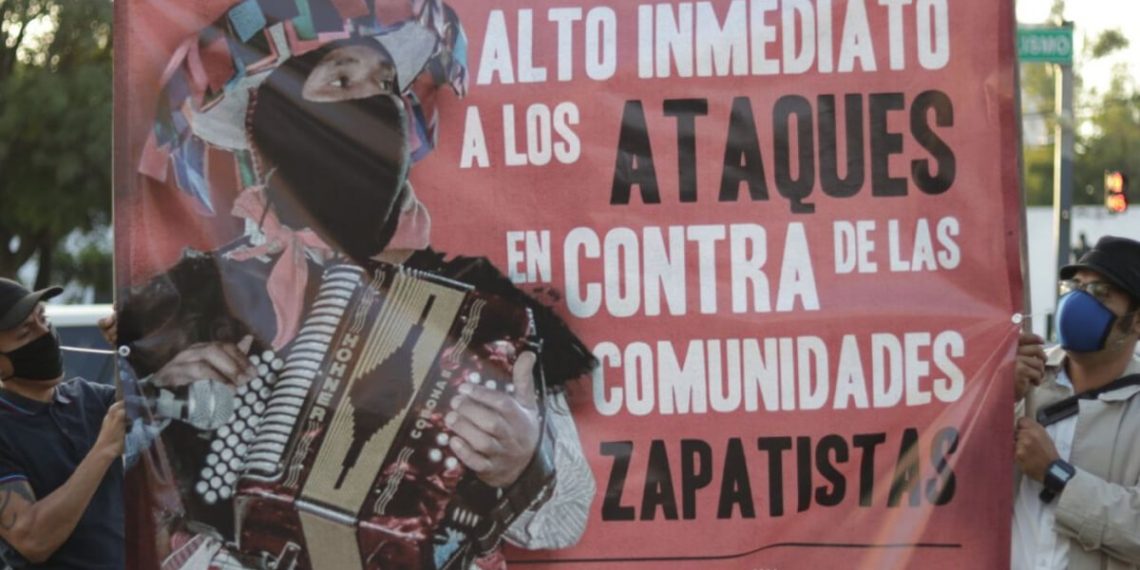 CHIAPAS – Under the government of “leftist” Andrés Manuel López Obrador, paramilitary groups continue to attack Zapatista communities. On the 16th, the EZLN released the following statement:

The Federal and State Governments of Chiapas are omissive in the face of ongoing violence and dispossession against autonomous territories.

The Fray Bartolomé de Las Casas Human Rights Center (Frayba) has documented the risk to the life and personal integrity of six families of the Zapatista Army of National Liberation (BAEZLN) who on July 14 of this year suffered forced displacement and the burning of houses and property in the community of “El Esfuerzo”, belonging to the Autonomous municipality of Comandanta Ramona. The omission and complicity of the Mexican State is evident in placing the life, security and personal integrity of the autonomous population at high risk, which constitutes serious human rights violations.

On Thursday, July 14, 2022, at approximately 8:00 a.m., ejidatarios [shareholders of communal land] from Muculum Bachajón, headed by the ejidal commissariat, together with municipal police and civil protection agents, arrived at the town of San José Tenojí, Chilón, where they held a meeting.

The six BAEZLN families left their usual place to save their lives and moved to the community of Xixintonil. The ejidatarios stood guard until Friday, July 15, and at night fired high caliber firearms. There is a risk of losing 20 hectares of corn and beans that have not yet been harvested. El Esfuerzo has 54 hectares of land recovered in 1994 by the Zapatista Army of National Liberation (EZLN).

The facts put the Autonomy and self-determination of the Peoples at serious risk and denote a grave violation of the right to security, life and personal integrity of the Zapatista families. The Mexican State, according to articles 1 and 2 of the American Convention on Human Rights, has the obligation to respect the rights and liberties recognized in it and to guarantee their free and full exercise to the people, without any type of discrimination.

From Frayba, we demand that the rights of the autonomous territories be respected in the face of what today is a permanent and deepened impunity; we call on civil society, national and international, to speak out for the defense of the land and territory, for the security and personal integrity of the Zapatista peoples, now of the people of El Esfuerzo. We demand that the Mexican State immediately cease the aggressions against the Zapatista communities.”