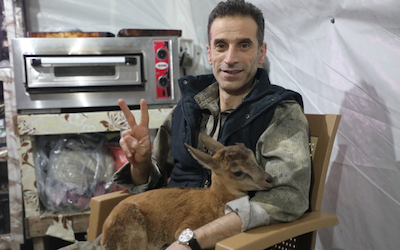 Doctor Firat Riha, who said that many animals were killed in the bombardments of the Turkish state, which plundered the nature of Kurdistan, called on animal lovers to take a stand against the attacks.