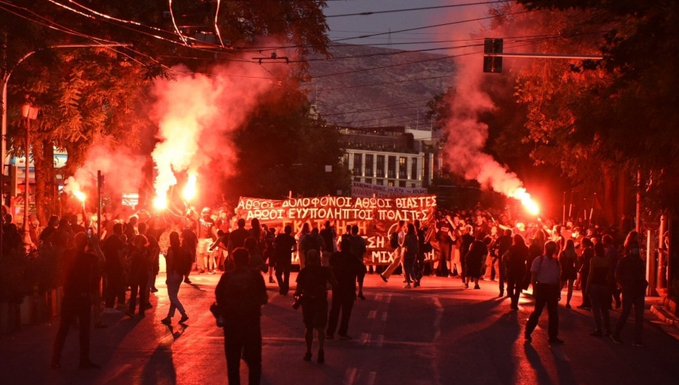 ***Urgent call for solidarity action! Anarchist Prisoner Giannis Michailidis enters 67 days of hunger strike and is in a dire health condition. The time is now!***

Giannis Michailidis is an anarchist prisoner in Greece who has been on hunger strike since 23rd May. At the time of writing (28th July) he is into his 67th day without food and is in a serious condition in a cell at Lamia hospital.

Michaildis was sentenced to 20 years for bank robbery, of which he has served 8.5 years in prison. Normally prisoners are eligible for release after serving 3/5 of his sentence, which he has completed, but he has been refused parole again today on the grounds that he might commit further offences.

There has of course been the usual silence in the international press. In Greece, comrades know full well the significance of a prisoner embarking on hunger strike. And they know meaning of solidarity, amplifying his fight by taking it onto the streets and pushing it into general consciousness.

Since the start of his strike, thousands have marched through the streets, dropped banners, attacked government buildings, protested outside court, occupied offices, and even forced the media to allow them to transmit a statement on TV (video here: https://www.youtube.com/watch?v=3zUYN-ACExY). Other anarchist prisoners in Greece have gone on hunger strike in solidarity, while abroad, actions have happened at Greek embassies and consulates (including in London:
https://actforfree.noblogs.org/post/2022/07/12/11-07-22-intervention-at-the-greek-embassy-in-london-for-g-michailidis-and-the-struggle-of-the-migrants-in-elaionas-londonuk/) and more. Comrades in Greece have called for solidarity actions around the world against targets of the Greek state and capital.

The neoliberal New Democracy government under prime minister Kyriakos Mitsotakis has from day one in office waged a crusade against anarchists and other freedom fighters. It pushed the long-term revolutionary prisoner and hunger striker Dimitris Koufontinas to near death last year when it refused to meet his demand for transfer to a prison closer to his family and legal team, and for an end to his tortuous conditions. He did not eat for 65 days.

The scion of a conservative political dynasty that has long waged war on anarchists, migrants, rebellious students, squatters, and other ‘undesirables’, Mitsotakis and his friends and family in power are pursuing a personal vendetta against anarchist and revolutionary prisoners.

The time is now

Time is quickly running out. The Greek state is murdering a young anarchist through sheer vindictiveness. They dragged out the latest decision on his release so his condition would deteriorate further at a critical stage. Meanwhile, the hollowness of its words are all too
obvious when we compare the approach taken to recent high-profile cases.

Perhaps the most stark is the notorious case of the Epstein-like figure Dimitris Lignadis. A former director of the National Theatre and a mate of Prime Minister Mitsotakis, Lignadis was recently convicted of raping two children in 2015. But is now walking free after less than a year and a half in prison – having been originally sentenced to 12 years due to the widespread media coverage and public outrage. One rule for them….

Michailidis’ struggle is not just for his own freedom but for the total liberation for all. The time to be there for him is now.

Immediate freedom for Giannis Michailidis!
Until the destruction of the last cage!

Some writings by Michailidis

Greece: Giannis Michaildis – Announcement of a hunger strike for my release

Letter from cell of Lamia hospital:

Greece: EN/GR/ES/FR :A letter from the special cell of Lamia Hospital – Giannis Michailidis

Rape and murder of the concept of justice:

Giannis Michailidis: Rape and murder of the concept of justice (Greece)EN/SP/DE/IT/FR 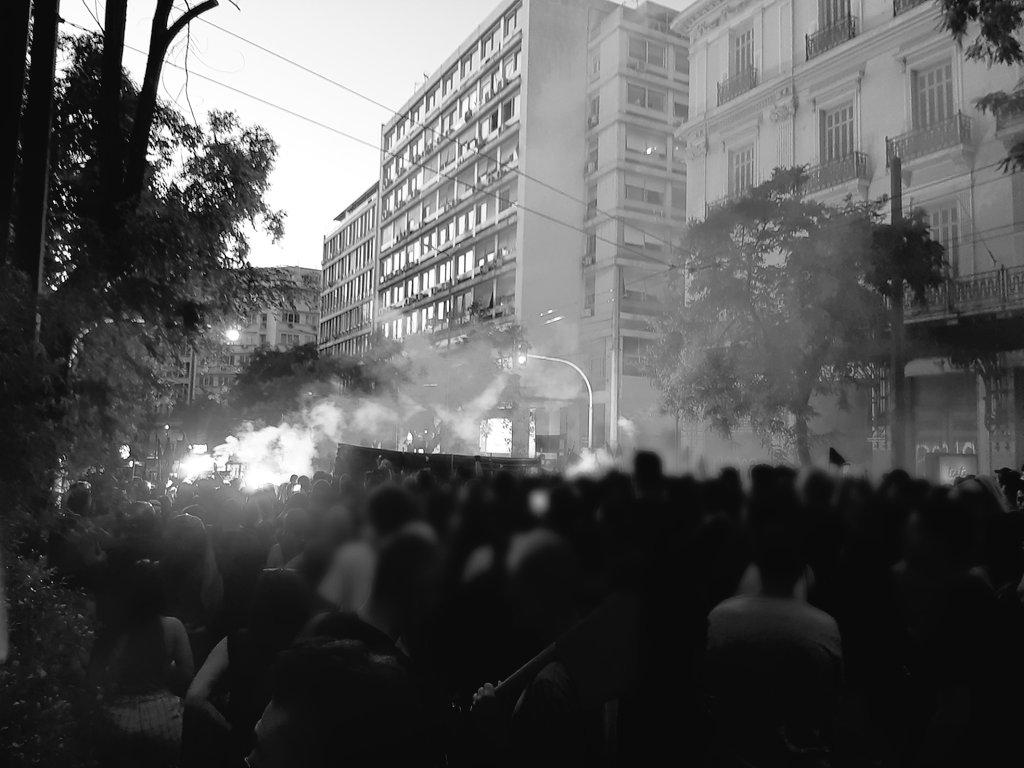 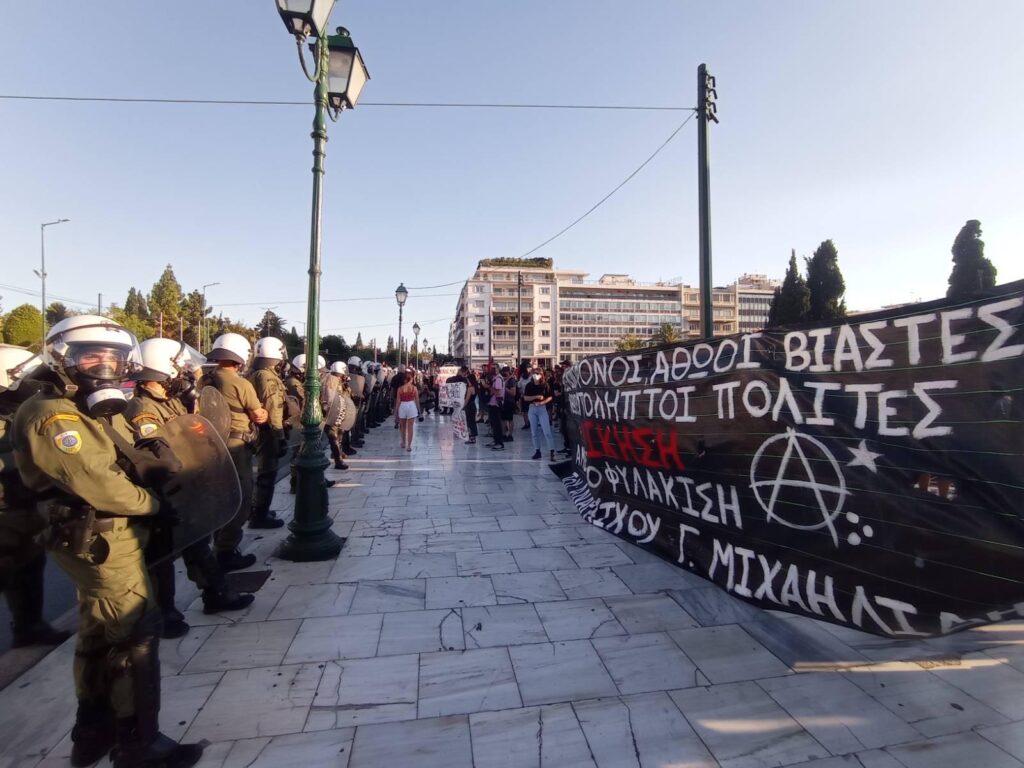 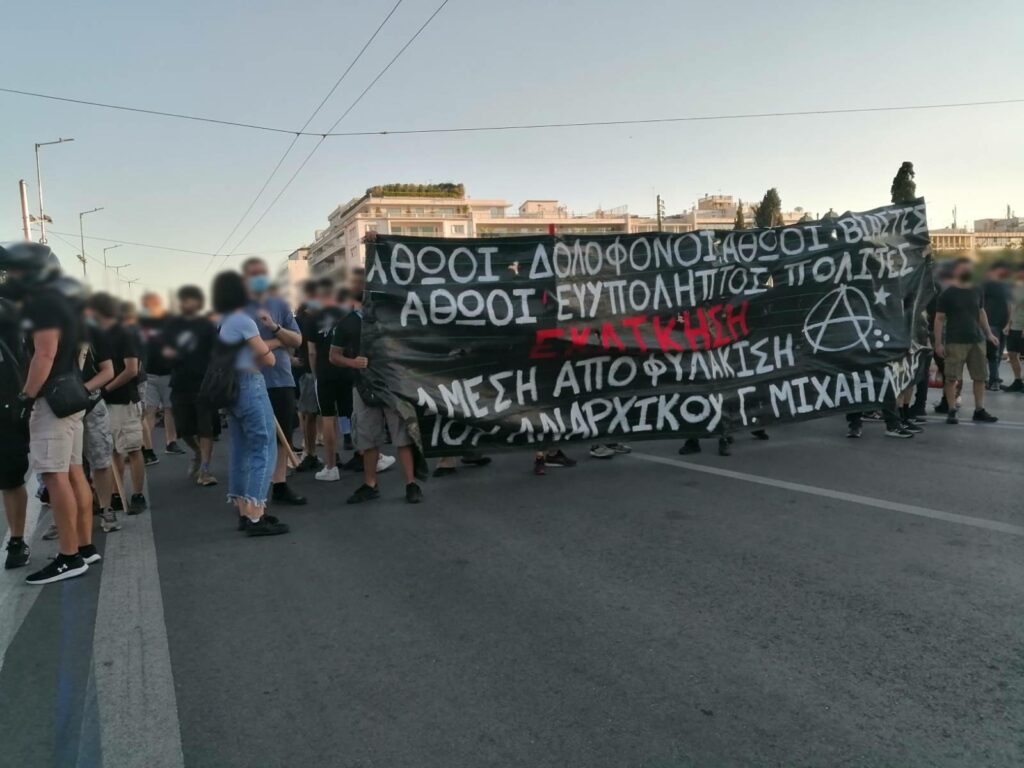 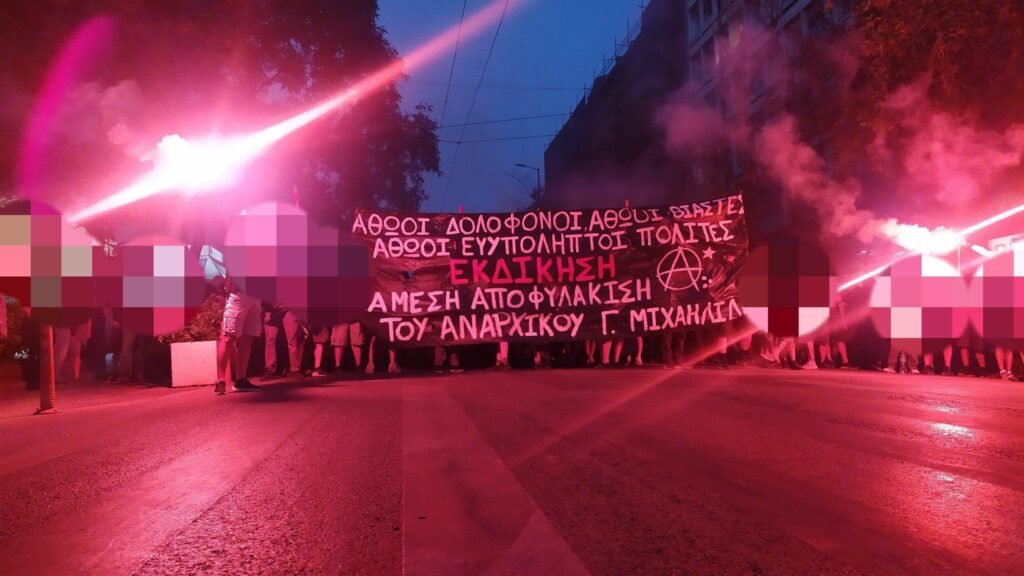