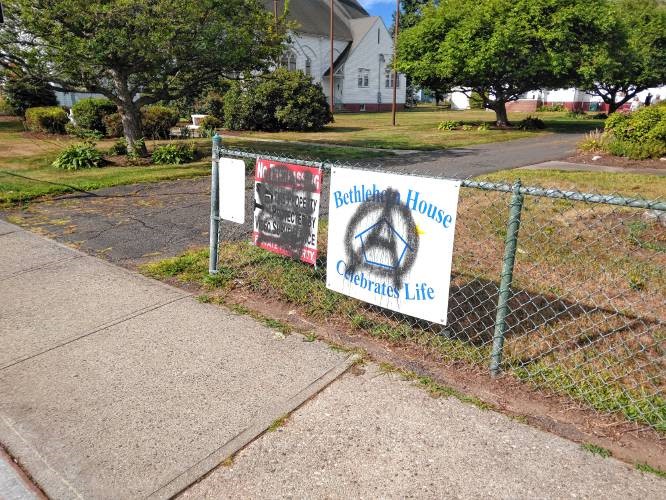 In the early morning of August 18th, the Bethlehem House, an anti-abortion center in so-called Easthampton, MA, was paid a visit by community members who condemn its fascistic Christian, patriarchal violence toward pregnant people. The Bethlehem House hides behind a facade of “non-judgemental” and free resources for pregnant people, while working diligently to spread the anti-abortion agenda. They lie to and mislead pregnant people in order to prevent them from accessing abortions. Fuck CPCs and their coercive tactics that threaten medical and bodily autonomy.

The building, decked out with talking security cameras and motion activated lights, inspired fear. But after the first rush of nerves, we realized that it is not us that should be afraid, but them. The forced pregnancy center was decorated with brilliant red paint splatters. Words spray painted onto the sidewalk and benches nearby read, “If abortions aren’t safe, neither are you!” and “Jane’s Revenge.”

To those of you who have never donned black bloc and heard the breaking of glass paint bombs, here’s our only anecdote for you: yesterday we were novices; today we are Jane’s Revenge. 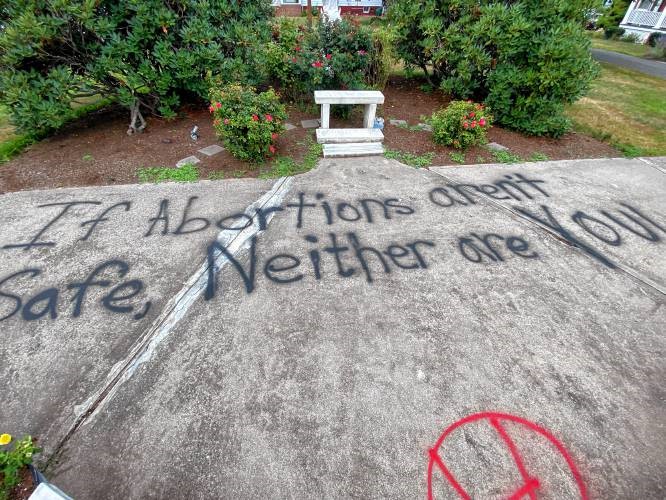 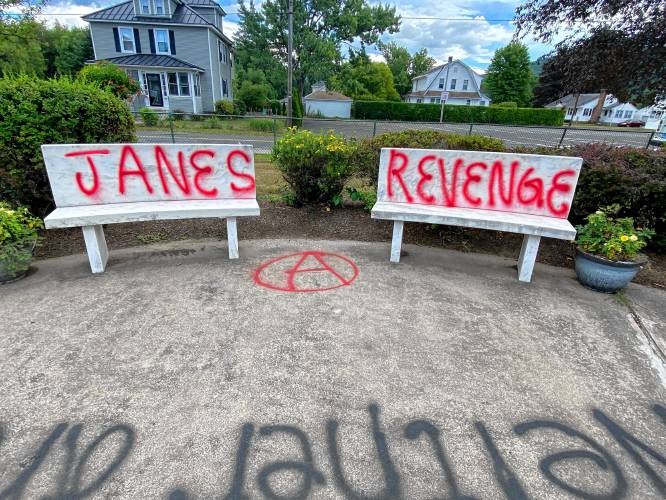 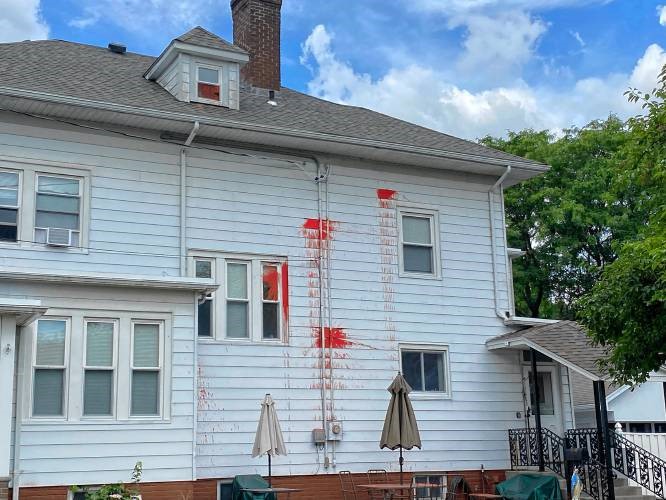