The Contradiction of the Present Indolent Justice 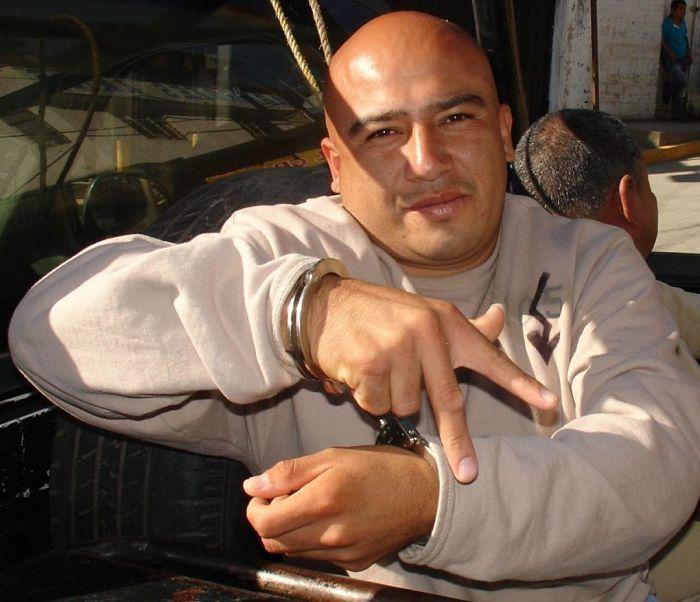 Fifty years, half a century, is the sentence that has been imposed again on our comrade Miguel Ángel Peralta Betanzos, originally from Eloxochitlán de Flores Magón Oaxaca, after the revocation of the sentence of freedom that he obtained on October 14, 2019, after having been in political prison for four years, five months, fourteen days.

Last March 4, 2021, the Third Criminal Chamber of the Superior Court of Justice of the State of Oaxaca, on an appeal to the sentence of freedom filed by the Agent of the Public Prosecutor of the Mixed Court of First Instance of Huautla de Jiménez, imposed a second instance conviction sentence, for the two crimes that have been fabricated against Miguel since December 2014; Qualified Homicide with the aggravating circumstances of premeditation and advantage, and Attempted Homicide with the aggravating circumstance of advantage for Criminal Case 02/2015.

With said resolution, it orders the Mixed Court of First Instance to issue a re-arrest warrant to deprive him of his freedom in any prison in Oaxaca that has space, for the 50-year sentence. Incongruent and indolent to call it a “Court of Justice”, when what prevails in its Chambers is that what prevails in its Chambers is impunity and the interference of other powers.

Today we ask ourselves once again: under what legal elements, having more than 24 judicial resolutions, including resolutions of that same court, in favor of the 35 persons indicated in the file, for one or another crime, is Miguel the only one whose freedom is revoked, who is reaffirmed for the two crimes that have been fabricated and sentenced to prison with a sentence of half a century? There is not a single consistent judicial proof in the file, but there is the political proof of an exemplary punishment in the face of community defense and self-determination.

Since the day he won his freedom in 2019, thanks to a political and legal struggle, the accusations against him by the governor of Oaxaca, Alejandro Murat and by the then local deputy for MORENA and former president of the Permanent Commission
of Administration and Justice of the LXIV Legislature of Oaxaca, Elisa Zepeda Lagunas, became visible. Evidencing that both the executive and the legislative branches of the state of Oaxaca had sent a letter to the President of the Tribunal for the “review of the case”.
In other words, they showed once again the interference in the judicial apparatus, from their position of power.

Not enough with that meddling, on October 29, 2019, 42 deputies of MORENA and the Labor Party of the Federal Congress, signed a “point of agreement” in which they once again violate the due process of Miguel, by validating the public release of Elisa Zepeda, for her position as deputy, without legal grounds according to the file and shamelessly question a judicial resolution without knowledge of Criminal Case 02/2015, since they point him to facts that do not appear in any of the volumes With the new sentence against our compañero by sentencing him to 50 years in prison and the use of the legislative and executive apparatus by the party that holds power in Mexico, they are reaffirming the political persecution that is exercised towards Miguel and the indigenous people who defend their own forms of organization in the face of a political party system that the cacique groups in Oaxaca hold, in complicity with the state and national justice system. Those who, together, have already taken away four years of his freedom and now try to take away his of his freedom and now they are trying to take it away for 50 years.

Upon his departure, Miguel continued to denounce the fabrication of crimes and the unjust imprisonment of his seven fellow prisoners from Eloxochitlán, as well as those who still have arrest warrants. This has led him to continue to be criminalized for the fact of not remaining silent and denouncing the abuses of power of a cacique group that has repressed his community for more than 10 years, and that have finally broken the community fabric, disintegrated families, forced displacement, persecution with arrest warrants and imprisonment for the fabrication of crimes.

Miguel along with his companions continue to be imprisoned and persecuted for a social and political conflict that through judicial punishment with sentences such as the one that has been imposed again, such as 50 years in prison, without evidence, with witnesses who contradict themselves, who are inconsistent or who even deny having testified, they seek immobility and silence.

It is for this reason that we call on your solidarity, which has accompanied us for all these years, to speak out against the 50-year sentence and the persecution against Miguel by the party regime in power, and the possible re-arrest, as well as for the immediate release of the seven political prisoners of Eloxochitlán and the seven political prisoners of Eloxochitlán. Eloxochitlán and the cessation of arrest warrants for those displaced by the same conflict.

We ask you to be attentive to any attempt to arrest or harm the integrity of Miguel, his family and his lawyers. Because it is not minor to say that the accusations that have been made against him, come from a former deputy of the party in power and who is currently part of the team of the governor-elect in Oaxaca for MORENA.

Given the context of impunity and criminalization in Oaxaca and in the country in general, we hold Elisa Zepeda Lagunas, her father Manuel Zepeda Cortés and their cacique-party group responsible for the political persecution and acts of harassment and repression that have been unleashed against Miguel with this new sentence. The years of conviction reflect the viciousness with which those who fight are persecuted, but also fill us with rage and courage so that we will not give up!

Stop political persecution! Down with the prison walls!

Prisoners to the street! #Free Now!