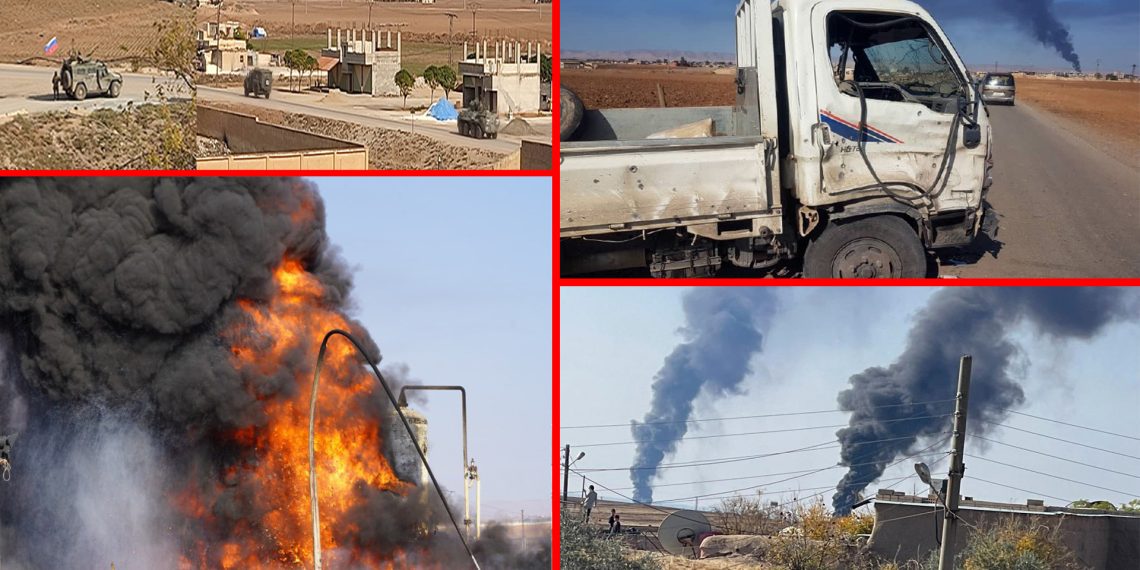 ROJAVA – Turkish fascist state attacks against Rojava revolution continue. While the Turkish fascist leader announces that he will launch a full-scale invasion of the territory, unmanned aircraft, warplanes and artillery continue to damage social infrastructures around the region such as hospitals, oil stations, electrical networks and etc.

From the attacks reported on the 22nd of November, there were 2 martyrs announced and at least 3 people injured.

On the 23rd of November, the SDF announced that 116 villages and towns were attacked and 2 of their fighters and a member of the Asayish were martyred. Also, along with 2 soldiers of the Damascus government, dozens of civilians were also injured.

Reported attacks across the AANES region Today (23) only: