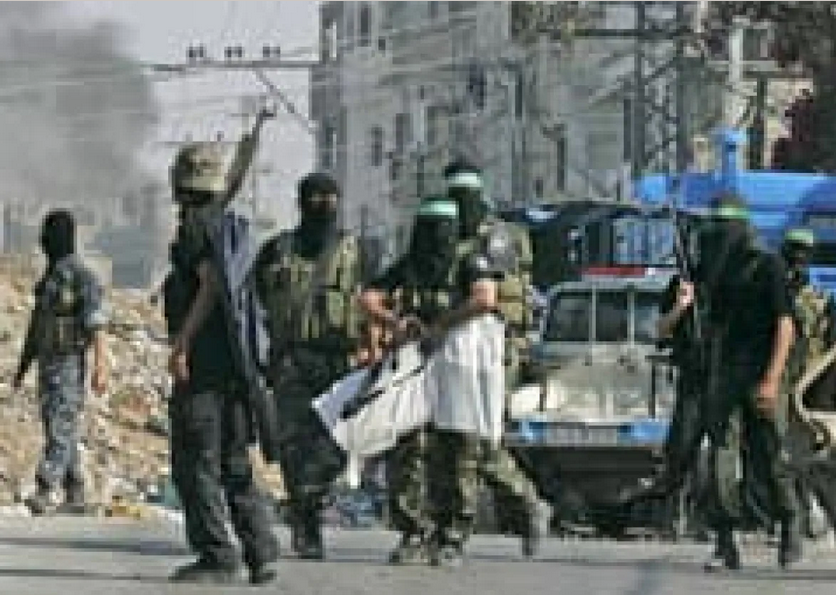 An Israeli soldier and two Palestinians were killed in a shootout in the northern West Bank, according to the military on Wednesday.

On Thursday dawn, Israeli military vehicles invaded Kafr Dan village, west of the northern West Bank city of Jenin, leading to protests, before the soldiers shot and killed a teenage boy and three Palestinians were injured, one seriously. The Khalil Suleiman governmental hospital in Jenin said the soldiers killed Odai Trad Hisham Salah, 17, after shooting him with an expanding bullet in the head.

The two Palestinians have been identified as Ahmad Ayman Ibrahim ‘Aabed, 23, and Abdul-Rahman Hani Sobhi ‘Aabed, 22, from Kafr Dan town, northwest of Jenin.

Israeli sources said the slain soldiers have been identified as deputy commander of the Nahal Reconnaissance Battalion Maj. Bar Pelach, 30.

An earlier Israeli military statement said two Palestinian gunmen were spotted near Al-Jalama checkpoint in the northern West Bank and started procedures to arrest them.

It said the two gunmen were “neutralized” after opening fire on Israeli soldiers. Israeli media, including public broadcaster KAN, confirmed that the two Palestinians were killed.

The source said the two men were from the town of Kafr Dan, west of Jenin, noting that their bodies were held by Israeli forces.

The Israeli army closed the Al-Jalama checkpoint to the movement of vehicles.

In Kafr Dan Israeli soldiers attacked Palestinian journalists and threatened to shoot Palestine TV crew trying to enter the town to report on the ongoing invasion where Salah was killed.

The invasion of Kafr Dan was carried out by a large military force before the soldiers stormed and ransacked the homes of Ahmad Ayman Ibrahim ‘Aabed, 23, and Abdul-Rahman Hani Sobhi ‘Aabed, 22, who were killed, Wednesday after exchanging fire with Israeli soldiers near Jenin, killing a commander of the Nahal Reconnaissance Battalion Maj. Bar Pelach, 30.